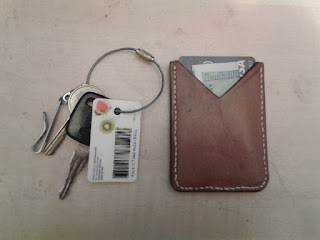 (Well maybe a pen or pencil somewhere...)
Posted by Stationery Traffic at 19:06 No comments: 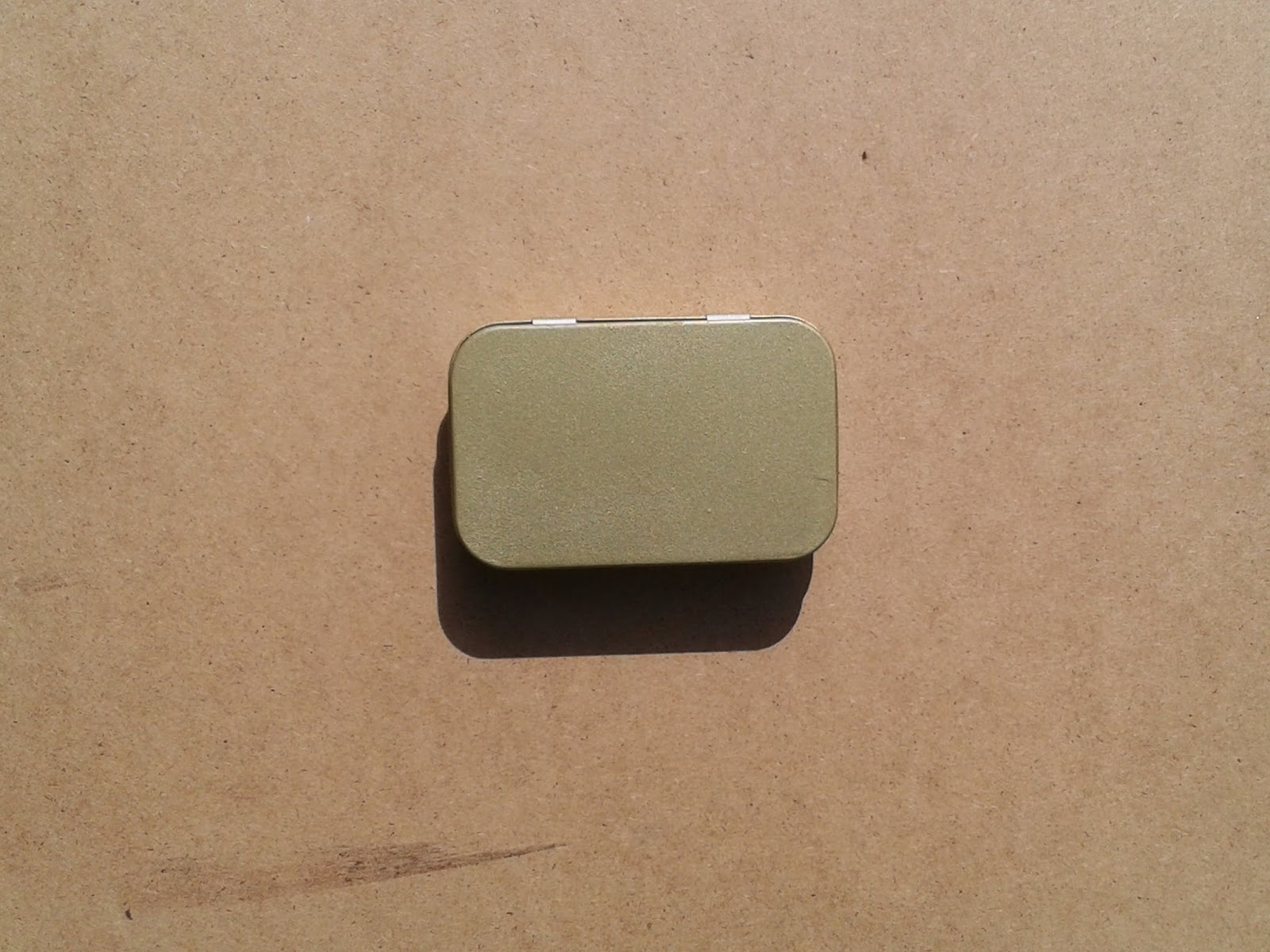 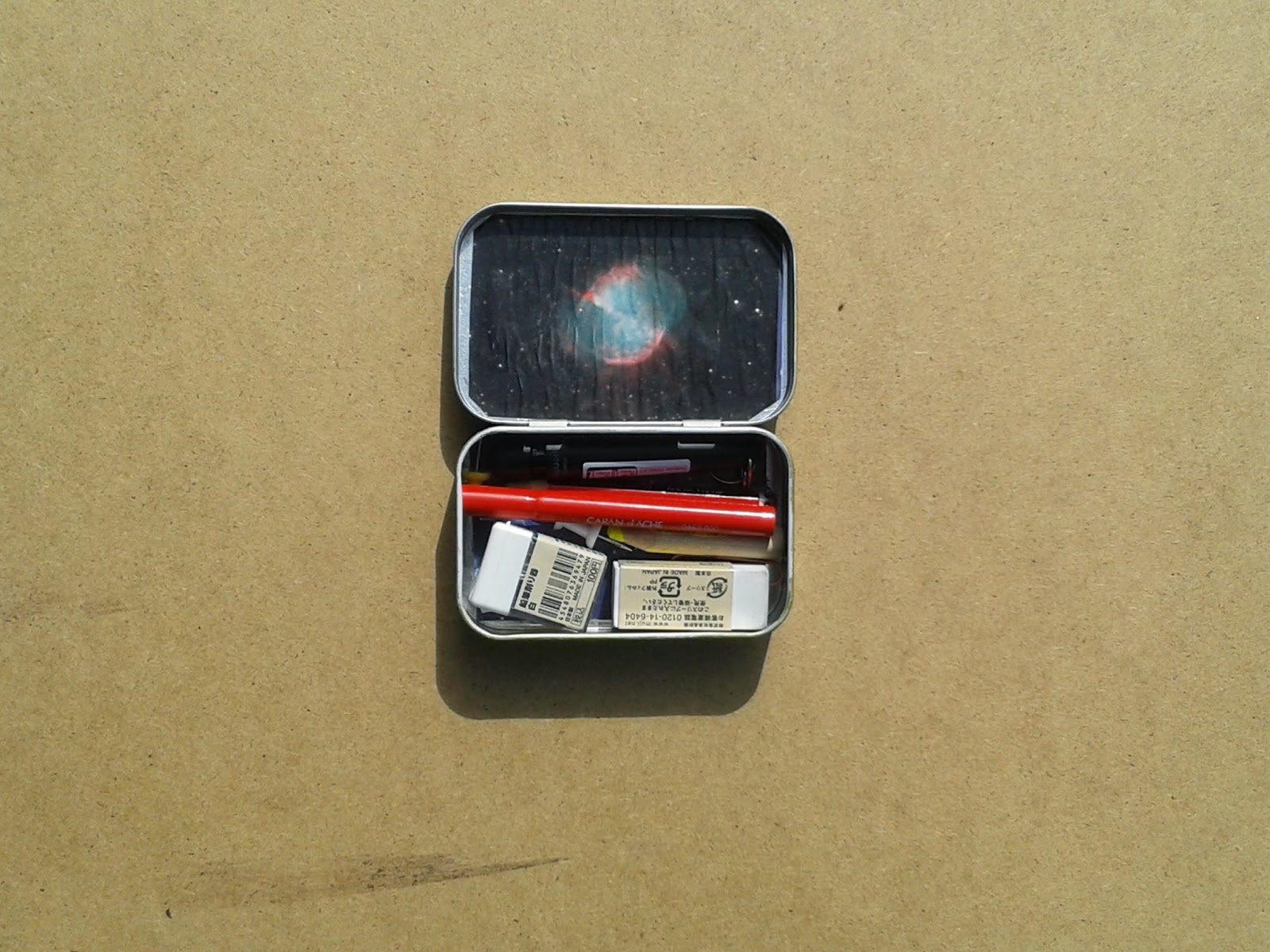 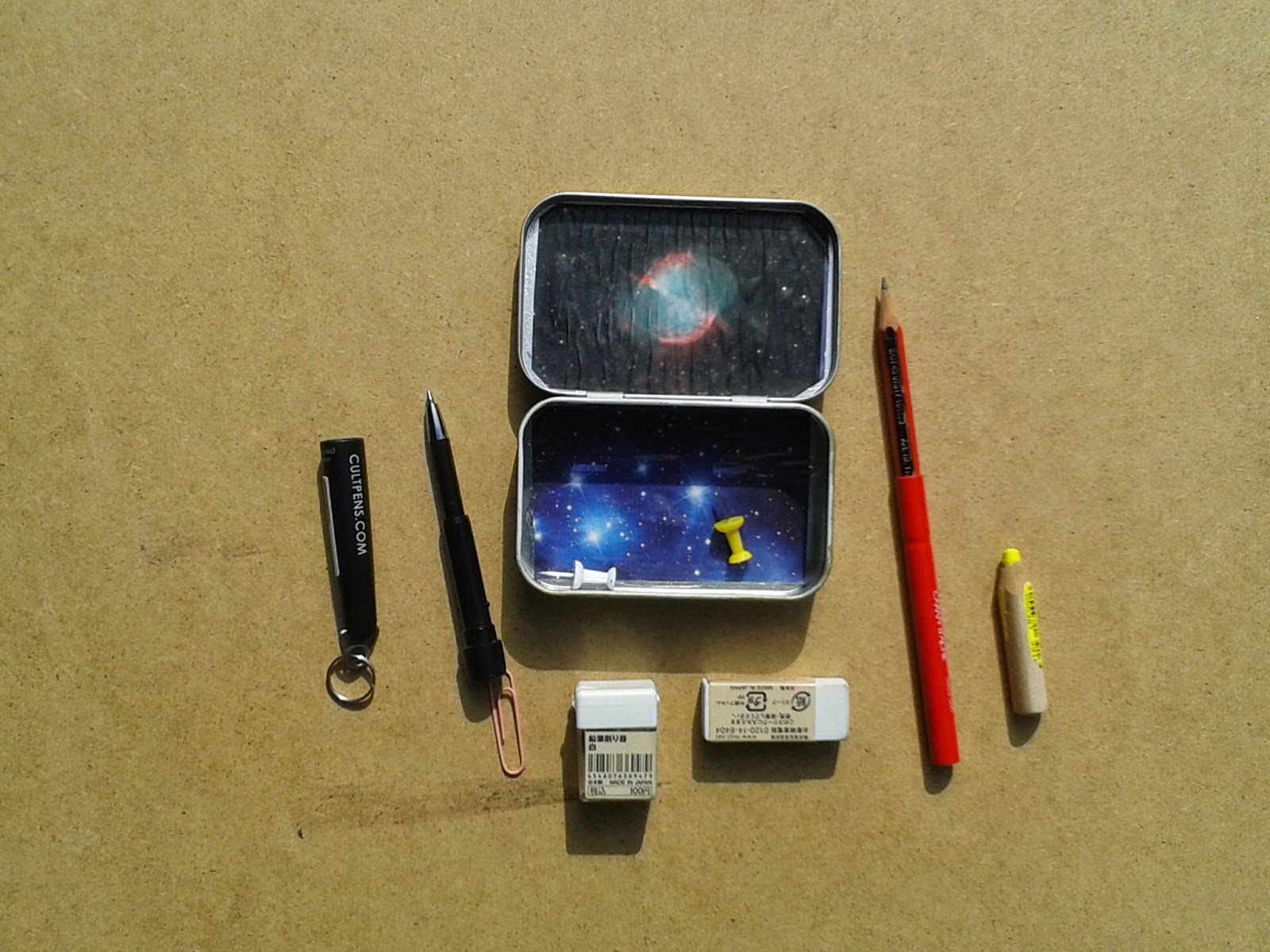 The pictures of the Dumbbell Nebula and the Pleiades were pasted in to stop the contents from rattling too much.
Posted by Stationery Traffic at 11:19 2 comments:

Just for info, I have decided to use one of the basic Blogger templates after a few complaints about the green scheme I used before.  So until I get around to using a better template (erm...) this should hopefully be a bit easier on the eyes.  Good job I didn't go for orange, then.
Posted by Stationery Traffic at 18:15 1 comment:

One of my favourite blogs, The Well Appointed Desk,  posted a link some time ago to an EDC (Every Day Carry) video featuring one of the Mythbusters, Adam Savage.  I know him from that series, which I flit past as I try to find something worth watching amidst the "documentary" (sic) channels on my satellite television.

I may not be impressed much by his efforts to drive elderly cars off cliffs in the name of scientific research, but I can't knock his impeccable EDC, which is elegant in its simplicity.  Wallet, keys, phone, and a few other bits and bobs, and that's it.  It's made me re-examine my own EDC to try to sharpen it up a bit.

I posted about my own EDC a while ago, here.  I still own and use the Maxpedition EDC pouch but these days it holds a first aid kit in my work bag.  For a while I used it as a pen case, but now I have a Maxpedition 6x4 Notebook Cover for that.

My own EDC is now similar to Adam Savage's.  I carry a keychain which holds a miniature flashlight and a combination bottle opener/screwdriver, as well as keys.  I also carry a wallet for bank notes and credit/debit cards.  Living in a country whose currency requires most to hold small denominations in the form of coins rather than paper money, I have also made a small drawstring bag for loose change which goes in my pocket or in my work bag.

Of course, I almost always carry a pen and notebook.  Even if I do not have my fountain pens to hand, I usually have a pen on me - as I do not like ballpoint pens, I carry a Pilot G2 0.7mm gel pen, and write in a Muji Passport pocket notebook.  They are half the price of the Moleskine equivalent and hold up well in the harsh environment of the average back pocket.

The other EDC items I have are a Swiss Army Knife (Sportsman model), a Kent pocket comb, a Maglite Solitaire flashlight and a smartphone - at present a Samsung Galaxy SII, though I intend to replace it shortly.  The Sportsman is modified slightly - I sharpened the main blade with a water stone, and I have added a Victorinox small screwdriver, the sort that lives inside the corkscrew tool.  Although dim compared to contemporary CREE LED flashlights, the Maglite Solitaire is a handy little light which does not drain the battery when not in use: unlike the Nitecore D11 I bought as my main torch.


Posted by Stationery Traffic at 19:50 4 comments:

I have just deleted a bunch of spam which has infected the comments, so reluctantly I have changed the comments options to remove the option of posting anonymously.  Sorry about this, but I have better things to do than delete spam from the blog.

That is all.
Posted by Stationery Traffic at 20:02 2 comments: