Apologies for the terrible pun in the title; it was to be the name of this blog fortunately, someone else had beaten me to it. Anyway...

I suppose that everyone has their favourite grade of pencil lead. For most, it's probably the plain old HB or No. 2 because that's all they can get - and probably all they need. Others may appreciate the silvery line of a harder grade like a 4H, not to mention the durability of the point. Still others may go the other way and opt for a soft, dark lead like a 6B.

For me, it's simple: 2B. It's not so soft that it needs sharpening every two minutes, and not too dark, but just dark enough for my tastes. Since returning to pencils, I've tried a few brands, some of which I've reviewed here. Of all the pencils I've tried so far, there are some which I keep returning to, for various reasons. Staedtler traditions are cheap, easily available and highly reliable with excellent lead. Tombow Mono 100s are beautiful, have super lead but I can only use them for short periods because of their razor-sharp edges. My favourite pencils of all are almost certainly Faber-Castell 9000s (and thanks to Matthias at Bleistift who kindly sent me some 9008 Stenos). But I ration my use of them because I can only get them by mail order, especially the wonderful Steno which I save for occasional use. I've never seen the F-C 9k range on sale in a bricks-and-mortar shop.

I bought another Staedtler tradition 2B the other day for everyday use (I've got several knocking around here). I began writing with it, and it just felt right. I should add that one of my hobbies is music; I play the tenor saxophone in the local community band. I have a Staedtler Noris 2B in my saxophone case, ready for marking band parts. It's darker than a HB, which makes it easier to read my jottings between the dots, especially where the lights may be low.

Other grades have their uses, and I'm not criticising them, but for some reason I keep returning to 2B. Incidentally, at junior school in the late 1970s I had a friend who liked telling the following joke:

Have you heard about the Hamlet pencil? (You can guess what the answer is.)
Posted by Stationery Traffic at 20:45 1 comment:

Alternative Uses for a Pencil 1 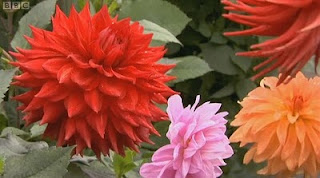 Watching Gardeners' World on BBC2 last night, I couldn't help but notice this gentleman, Ken Stock, and his novel use for a Staedtler tradition 4B pencil. 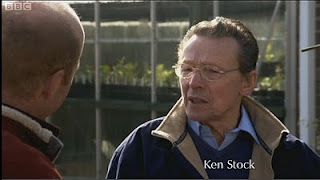 Mr Stock grows dahlias (pictured top) in his garden in Bournemouth, and he uses his Staedtler as a dibber when planting his cuttings. 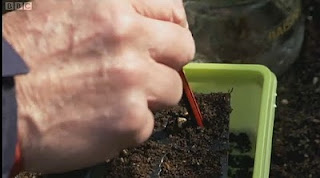 But whilst this may be news to stationery fans, it's not to gardeners, apparently. When I pointed this out to my wife, who is the gardener in our household, she wasn't surprised, and said that she'd used a pencil as a dibber, too. 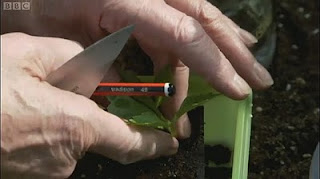 Still, it's always nice to see a pencil on the telly, and Mr Stock's dahlias are beautiful.
Posted by Stationery Traffic at 18:12 3 comments: 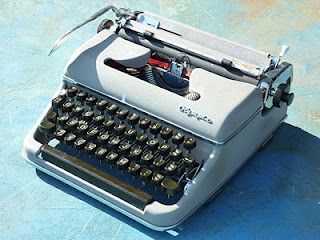 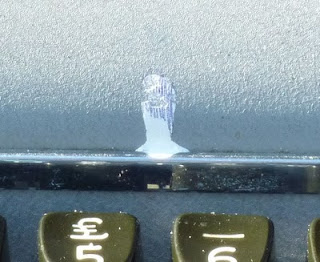 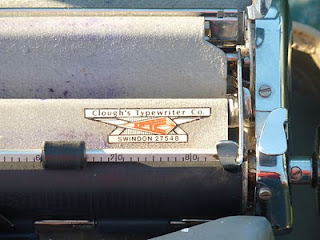 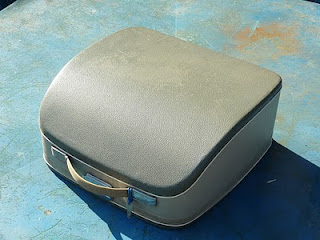 Posted by Stationery Traffic at 15:56 9 comments:

Thanks to Mike for his generosity in sending me, amongst other classic pencils, a brace of Palomino Blackwings for review. "Hype" is probably too strong a word to describe the interest there has been in the reincarnation of this classic pencil, but there certainly has been a lot of discussion on this pencil around the blogosphere. To sum it up, briefly: Eberhard Weber in the USA manufactured the original Blackwing 602 from around 1933 unti 1998, when for a variety of reasons, including declining sales and raised manufacturing costs, production was ceased. After a period in which original Blackwing 602s soared in price, CalCedar relaunched the design in 2010 to much acclaim from fans of this classic.

I followed the relaunch with much interest, but held back from ordering some for myself. In a way, I am glad that I did, because now CalCedar has announced the forthcoming Blackwing 602 Classic which is closer to a functional office pencil, as I will explain.

The Palomino is supplied unsharpened. It is a bit longer and wider in girth than a standard office pencil (definitely thicker than a Staedtler Noris, for example) and is presented in a satin black finish, with gold accents. Apart from the all-gold lettering and distinctive ferrule, there is a gold band painted around the circumference, close to the ferrule. It's a masculine pencil; it would not surprise me to learn that this pencil had been designed by Hugh Hefner, though without his trademark rabbit's head. Although the lettering has been applied cleanly, as Palimpsest pointed out, there is also a scattering of gold flecks on the paint, clearly a side-effect of the process used to imprint the pencils. You can just see this in the top photo. This detracts from the overall image of the Palomino Blackwing, which otherwise oozes quality.

When I started to write with it, I was surprised to find the lead on the Palomino Blackwing to be so soft; obviously I was aware that it was softer than HB, but when I did use the Palomino, I found it to be closer to a 4B. Indeed, it's as soft as the lead in my Woerther Shorty. Whilst this makes for a lovely sketching pencil (which is why I bought the Shorty) it's not much use as an office pencil, which is where I use pencils most.

Where the original 602 had a Pink Pearl eraser, the 21st Century successor boasts a white plastic eraser. I used it a couple of times, as a test. It works well enough, though it leaves a noticeable line on the paper afterwards. I would only use this if I had no other eraser handy, because a vigorous erasing would probably wear most of it out. I like the fact that the eraser can be detached from the ferrule, and used for close-quarter erasing, however.

I wish CalCedar every success with the reinvigorated Blackwing line. Launching any kind of premium-grade pencil in today's market is probably highly risky, to say the least. Initial sales seem to be good, though, and hopefully this is the beginning of a successful line.

Finally: as an art pencil, the Palomino Blackwing is very good indeed, and I hope my misgivings about this pencil's use as an office writer will be solved by the forthcoming Classic. This pencil is well worth a try, if you haven't, already.

Thanks again to Mike for the review pencils.
Posted by Stationery Traffic at 19:54 5 comments:

(If you have one handy, let me know and I'll give you a fiver for it.)
Posted by Stationery Traffic at 19:40 4 comments: 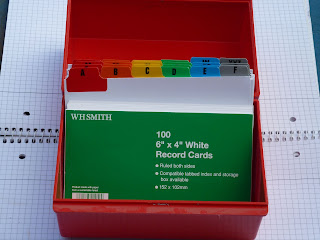