More on the Blackwing 602

Thanks to Andy Welfle.

A Realist's View of the Legendary Blackwing 602
Posted by Stationery Traffic at 22:11 3 comments: 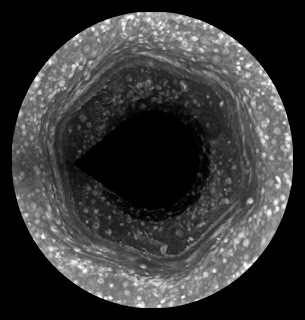 For the "name" manufactuers, operating in a market where the humble pencil is considered a disposable commodity, it would be difficult to charge a premium to recover the extra material costs. For most users, there is no apparent advantage to using a round pencil over other shapes and the manufacturers have no stake in changing that attitude. It is possible now that most pencils are hexagonal because people expect them to be.
Posted by Stationery Traffic at 00:14 4 comments:

A while back I posted a question on the Fountain Pen Network regarding J G B*ll@rd's pen (I wish to mask the spelling of this author's name because some of his fans scan the internet for anything related to him and that particular post attracted some scorn from certain people). I had heard on the radio that B@ll*rd used a Parker fountain pen. Nobody seems to know what model of pen, or much less, care. Of course, it doesn't matter what type of pen he used, nor does it matter what type of paintbrush Picasso used or the make of John Coltrane's saxophone. I was curious; and I'll probably never know.

For the sake of informing readers of this blog, B*ll*rd wrote all his first drafts longhand, probably with a Parker fountain pen of uncertain provenance, in blue ink. Second and subsquent drafts were written on an typewriter, and could be heavily edited with handwritten notes in blue or red ink, and pencil. Interestingly, the typewritten drafts were single-spaced, judging by this example, the first page of his novel Crash. This page is, to me, a work of art, a precious artefact which I am delighted now resides in the British Library.

All of this points to the meticulous care with which he assembled his novels, whose stature will rise long after his death, aged 78, in April 2009. It is interesting to note that, deep into the computer age, this master of speculative fiction never deviated from this pattern of working. He was proof that it was still possible to take the most basic of tools - a pen and paper - and create entire worlds.

Which leads me on to Jeffrey Archer. I've read only one of his books, many years ago, and I'll never get that time back now. However I recall a newspaper advert for Parker pens from the early 1980s where he is quoted as saying he buys a new Parker fountain pen to write each novel. Now I would love this to be the case; Nobel laureate John Steinbeck famously used pencils but it would be apposite that Jeffrey Archer uses a Parker fountain pen, and not just any old pen but a super-deluxe model with 24-karat everything.

Imagine my disappointment when, on Googling this, I discovered that Archer now claims to write with Paper Mate felt-tip pens, not a pen resembling a fragment snapped off a floating gin-palace. This is a bitter blow because it breaks my pet theory that there is an inverse relationship between a writer's pen and the quality of their work. In fact I find my theory completely refuted, unless I resort to the line that Archer is the exception which proves the rule.

(Edit:
Posted by Stationery Traffic at 17:23 No comments:

Until last week I'd never even heard of the Eberhard Faber Blackwing 602 and to be frank, I don't know what the fuss is about as I've never used one - obviously. Anyway a lot of people are getting excited over the California Republic re-issue of this "legendary" (sic) pencil.

It certainly looks smart, though the flattened ferrule and eraser take a bit of getting used-to. All of the California Republic pencils I've seen online look the business though and if I could get my hands on some I'd be interested to try them out.

Blackwing Pages
Posted by Stationery Traffic at 17:01 No comments:

This is Staedtler's promotional video, which gives more detail about the composition of the lead than the How It's Made film.
Posted by Stationery Traffic at 15:13 1 comment:

This one concentrates more on the preparation of the slats and the finishing process than Staedtler's.
Posted by Stationery Traffic at 15:05 1 comment:

Here goes with another Blogspot blog which nobody will read.

I've had a lifelong fascination with stationery but particularly with pens and pencils. I have long used a fountain pen for taking notes at work and at home, but recently I re-discovered the joys of using a pencil. I have been trying a few out of late: various Staedtler pencils, including the Noris, tradition and Lumograph ranges; and a couple of Tombow Mono 100s. I am interested in various writers' working habits. Japanese pens and pencils also interest me greatly.

It was about three years ago that I became actively interested in pens. After years of using a keyboard and mouse my handwriting had suffered and as I abhor ballpoint pens, I bought a fountain pen as I had used one for writing in my professional examinations because I tend to press too hard into the paper when I use a biro. Like many who have been educated at university, I have a callous on the middle finger on my writing hand from writing so many essays and exams with a Bic Cristal.

Let me be clear: I am not a collector of anything, but like many people I have a collection of pens and pencils acquired over the years.

My main pen is a Pilot M90. This is the best pen I have ever used. I also own various other Pilots, and a couple of Lamy Safaris. Here in the UK, Parker is synonymous with fountain pens, but I've never really liked them much even though I used one at school (or perhaps, because I used one at school). I do use blue Parker Quink, having spent a lot of money on other brands. More on that some other time.

As for pencils, I have one true mechanical pencil, a Pentel P205 which I bought in 1994 for a course. I have a couple of clutch pencils: a Staedtler Mars 788 which had a blunt lead when I found it, and a Woerther Shorty which I use for sketching but which is also useful for other tasks like shopping lists. Recently I have gone back to buying and using woodcased pencils, and I adore Staedtler pencils. The most commonly-available Staedtler range in the UK is probably the tradition which can be purchased in most stationers'. Noris pencils are often found in supermarkets. Lumographs appear to be rare as hens' teeth though, and I had to buy mine online and not in a brick-and-mortar shop.

That is it for now, I think. Apologies for the appalling pun in the title; I daresay I'll regret it eventually.
Posted by Stationery Traffic at 12:09 3 comments: